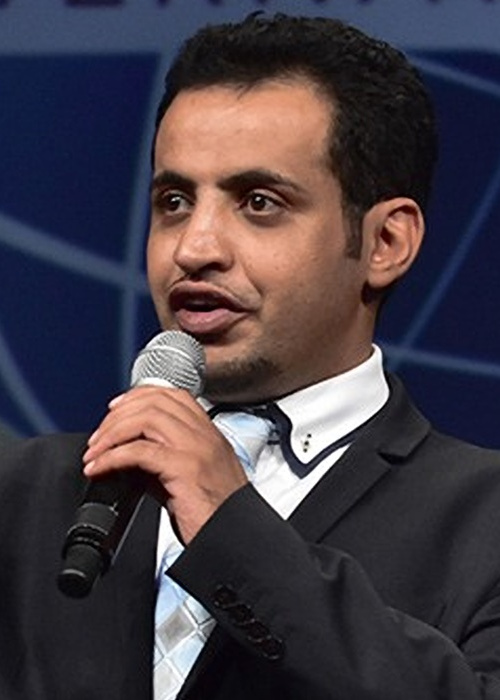 Mohammed Qahtani is a software analyst and winner of "Toastmasters International World Champion of Public Speaking, 2015"

He joined Toastmasters in 2009 and won the World Championship of Public Speaking in 2015, Las Vegas.

Qahtani uses his strengths in overcoming his fears. He only began talking at the age of 6, but his hindrance never stopped him from soaring high to achieve his goals and makes his dreams come true.

He is a public speaker with more than 500 events in 35 countries, certified trainer in public speaking, team building, negotiation and leadership. public speaking coach for high level clients

Mohammed Qahtani, the winner of "Toastmasters International World Champion of Public Speaking, 2015" speaks about his journey from being a afraid and stuttering child to a Public speaking champion.

In talk titled "From Desire to mission", he talks about to never give up on your dreams and also focusing on how you can contribute to the society.

Mohammed Al-Qahtani from North Park Toastmasters Club of Saudi Aramco won the World Champion of Public Speaking competition held in Las Vegas in 2015. His speech was entitled, “The Power of Words.”

He had successive losses in the Toastmasters championships in the Kingdom since 2009 but that did not discourage him, but only served to make him more determined to learn from his mistakes.

This talk was given at a TEDx event using the TED conference format but independently organized by a local community.